Named after Galileo Galilei the Italian astronomer, this project is jointly funded by the members of the E.C. It was delayed for years by political wrangling about cost and governance by the EC member countries. Agreement was finally reached to push ahead with the project in 2007. The full name is the Galileo Positioning System, however, as an abbreviation of this name is GPS, it is generally shortened to the single word, to avoid confusion with the U.S. Navstar GPS.

GLONASS is an abbreviation of GLObal'naya NAvigatsionnaya Sputnikovaya Sistema. (Translated as Global Navigation Satellite System). Developed as a military answer to the USA Navsat system by the former Soviet Union, it fell into disrepair as the Soviet economy collapsed at the turn of the century. In 2001, Russia announced its intention of restoring the system. Originally scheduled to be completely operational some time in 2009, it was not until December 8th 2011 that the Russian Federal Space Agency announced that "The GLONASS constellation has reached the number of 24 operating spacecrafts, providing 100% coverage of the Earth's surface".

Beidou (which translates as "big dipper") is a system which China is developing. The first 2 satellites were launched in early 2007 and on December 27th 2011, after the launch of the tenth satellite earlier that month, a spokesman for the project, Ran Cheng announced to China Daily that the system was now operational for China and the surrounding areas. A further 6 satellites are planned for launch in 2012 with the full complement of 35 satellites planned to be in place offering global coverage by 2020. 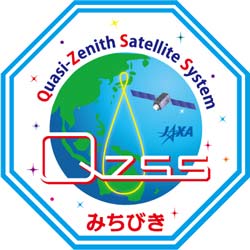 Japan is developing the Quasi-Zenith Satellite System. This system is only intended to cover the Japanese region and increase accuracy, improve reception and reduce the reliance on the Navstar system. Only three satellites are planned for the project. These will be placed in a figure of eight orbit with a tight turn over Japan in the northern loop and a much gentler turn over Australia in the southern loop. The project takes its name from this quasi-zenith orbit pattern. This means that one of the satellites is above Japan at all times. This is explained below.

The first satellite "Michibiki" was launched on September 11th 2010 and on June 22nd 2011, JAXA (the Japan Aerospace Exploration Agency) gave the go ahead to start using the positional data which the satellite was providing. The target date for the systen to be fully operational is 2013

This is a proposed constellation of 7 satellites covering the Indian sub-continent and an area which extends about 2,000km around it. The first satellite was due to launched before the end of 2011, but in common with most of the other systems, it has been delayed, due in part to the series of problems India has experienced with it's launch vehicles. Originally due to be operational in 2011-12, the date now being quoted is 2014.

Install SatNav on Your Carputer

See how SatNav maps are made.

Trilateration - the principle behind the calculation of GPS map co-ordinates