Self amalgamating tape is something which everyone should have in their toolbox. You really won't believe how versatile it is until you put it to the test. It is a non sticky tape which bonds to itself within a matter of hours, forming a homogeneous moulding which is waterproof and electrically insulating.

Self amalgamating tape, as sold in the UK, is a made from a synthetic rubber - polyisobutylene. This is the only rubber which is impermeable to gas as well as water. It's the material which is used to make the inner linings of basketballs. A slightly different tape made of silicone seems to be more popular in the USA, where it is better known as self fusing silicone tape. Both tapes perform the same task.

Its potential range of applications are huge. Use it to waterproof power cable joints; to wrap around metal pipes providing corrosion protection; to make a temporary repair on water hose and pipe leaks. I've even heard of it being used as an emergency fan belt. It can also be used to provide a soft non-slip hand grip on sports racquets, and in fact on just about any handle, from bicycles to hand tools. 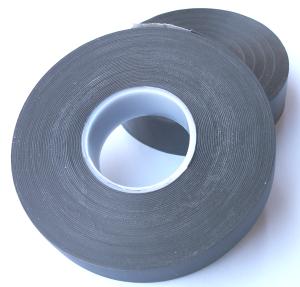 It is used extensively by satellite dish installers to prevent ingress of rain to the co-axial cable which runs from the LNB's to the receiver. The tape is wrapped round the joints at the LNB's and cable connectors.

This makes it particularly suited for your carputer wiring installation, in locations where there is a chance of connections being exposed to moisture. 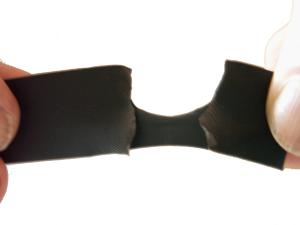 Self amalgamating tape comes with a peel off plastic backing. It can be difficult to get this backing off, so here's a tip which can save you many "happy" hours. About half an inch (12-13mm) from the end of the tape, make a small cut from the edge halfway across the width of the tape. Simply holding the partially cut piece and pulling it, breaks the backing and separates it from the tape, as shown in the photograph.


Unless you are covering something with a large diameter, cut off a piece of tape. About 150 to 200mm long should be sufficient to do the job. For larger jobs where there is good access, you can apply the tape directly from the roll and make your cut before you finish wrapping.

Hold the end with one hand and pull the tape with the other. Stretch it to about twice the original length and about 2/3 of original width. It is this stretching action which allows the tape to bond with itself.

Wrap the tape in a spiral pattern, overlapping the previous layer by 50%. Be sure to keep the tape stretched at all times. Within a matter of hours, sometimes only minutes where the tape has been really stretched, it will start to bond to itself.

There is no glue involved, but in the event that the final moulding feels tacky, rub on a little talc and the stickiness will disappear. The final moulding will not peel off and the only way to remove it is with a sharp blade. It does not adhere and leaves no sticky residue.


« Return to HARDWARE INDEX from SELF AMALGAMATING TAPE