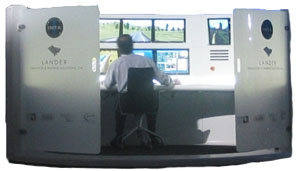 This is where you can share your taste in, what I call, "Jingle Jangle Journeys". What kind of music do you play on your carputer when you are driving? Research by the RAC Foundation in the UK (1998) and by the Ben-Gurion University in Israel (2002) suggests that the quality of your driving is affected by the tempo of the music to which you listen. Using a driving simulator, they found that drivers who listened to music with a fast tempo were twice as likely to drive through a red light and twice as likely to have a traffic accident.

The trigger point appeared to be around 60 beats per minute. Faster than this and the average human heart starts to beat faster and blood pressure rises. Interestingly, it was the tempo rather than the music style which affected the driving. A piece of classical music with a lot of notes would produce the same effect as heavy rock or rave music.

Amongst the tracks you are recommended to avoid are:-

Some of the tracks which get the thumbs up are:-

What kind of music do you listen to while driving?

What makes them special for you?

Click on a link below to see other visitors top 10's.

Tam's Ten
1. Motherless Children - Eric Clapton The opening track on 461 Ocean Boulevard, this also reminds me of the "Not the 9 o'clock News" TV show. …